Hopefully I've convinced you that this is genuinely useful stuff. Java is ugly, and sometimes it is just better to hide it. A Ruby DSL can be a nice alternative. Now that the why is out of the way, next time I will focus on the how.
Posted by Clay

Finding the time and actual effort to create a superb article like this is great thing. I’ll learn many new stuff right here! Good luck for the next post buddy..
Sharepoint Training in Chennai


Come and read us!! We are the No 1 AngularJS Training providers in Chennai. We are teaching how to be AngularJS Ninjas!!! That's right! - Our AngularJS Course Training was designed in a way which helps both freshers and professionals. Book your FREE DEMO Session now @ Credo Systemz angularjs training

Thanks for sharing this unique information with us. Your post is really awesome. Your blog is really helpful for me..
organic oil
organic oil in jaipur
organic cold pressed oils
ayurvedic oil store in jaipur


Thank you for such a sweet tutorial - all this time later, I've found it and love the end result. I appreciate the time you spent sharing your skills.
Deer Hunting Tips Camping Trips Guide DEER HUNTING TIPS travel touring tips


Thanks for sharing the information. It is very useful for my future. keep sharing


Thanks for sharing this quality information with us. I really enjoyed reading.
travel trekking tips
see the link Tent Camping 101 Exploring Smithriver

All the time I found something new information from your blogs. Thanks for sharing .hey... Great work . I feel nice while i reading blog .You are doing well. Keep it up. We will also provide QuickBooks Customer Support Contact us 1-855-756-1077 for instant help.

I have read your blog its very attractive and impressive. Nice information. It helped me alot. Fut Istanbul

Thanks for sharing such a helpful, and understandable blog. I really enjoyed reading it. 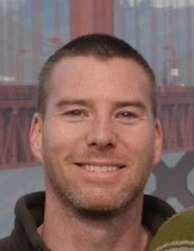